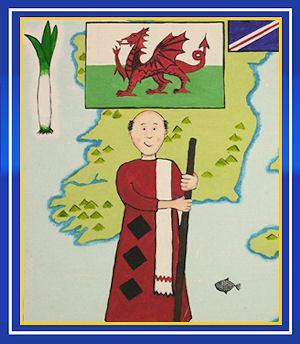 St David (Dewi Sant) was a Celtic monk, abbot and bishop, who lived in the sixth century. He spread the word of Christianity across Wales.

The most famous story about Saint David tells how he was preaching to a huge crowd and the ground is said to have risen up, so that he was standing on a hill and everyone had a better chance of hearing him.